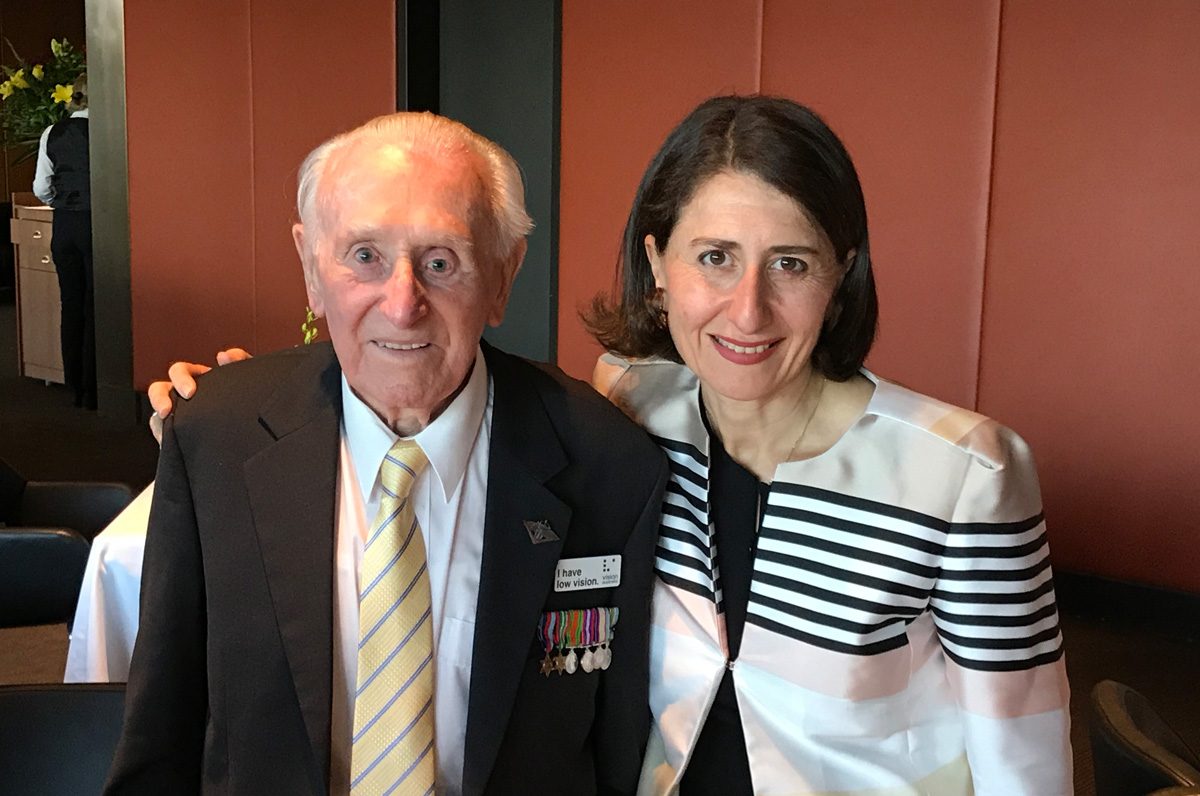 Tim said it was the greatest honour to be able to convey Geoffrey, Gwen and Geoffrey’s son to Parliament House. “Geoffrey was bestowed upon by many Representative Members and Ministers at our dinner, the most distinguished being the Premier of NSW, Gladys Berejiklian and the Speaker of the NSW Legislative Assembly, The Hon. Shelley Hancock MP.

“Geoffrey is an inspiration to us all. A man with true honour in his soul, a heart of gold and a passion for life which is infectious for all to see. We exited the taxi at Macquarie Street Sydney and with Gwen by his side, our 101-year-old, medal-bearing Geoffrey accelerated up the steps of NSW Parliament House to be warmly greeted by the Member for Terrigal. Following a tour of the House we were treated to a stupendous evening, with Geoffrey engaging leading Ministers on his life experiences.

“To have the opportunity of attending this engagement with Geoffrey was indeed an honour,” Tim added. 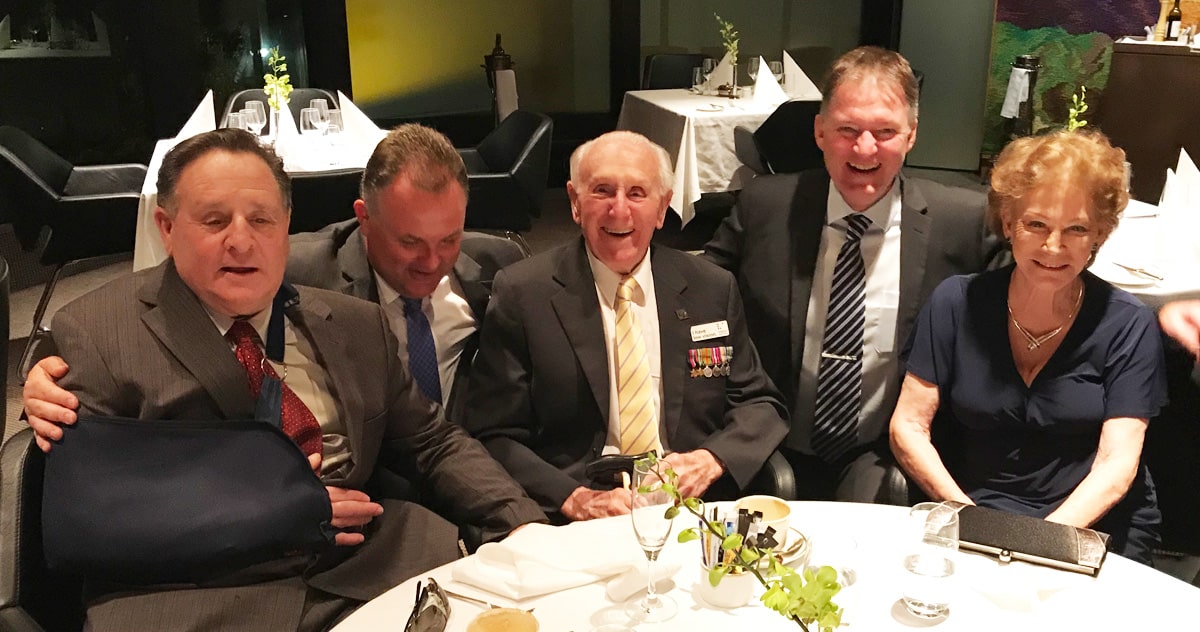