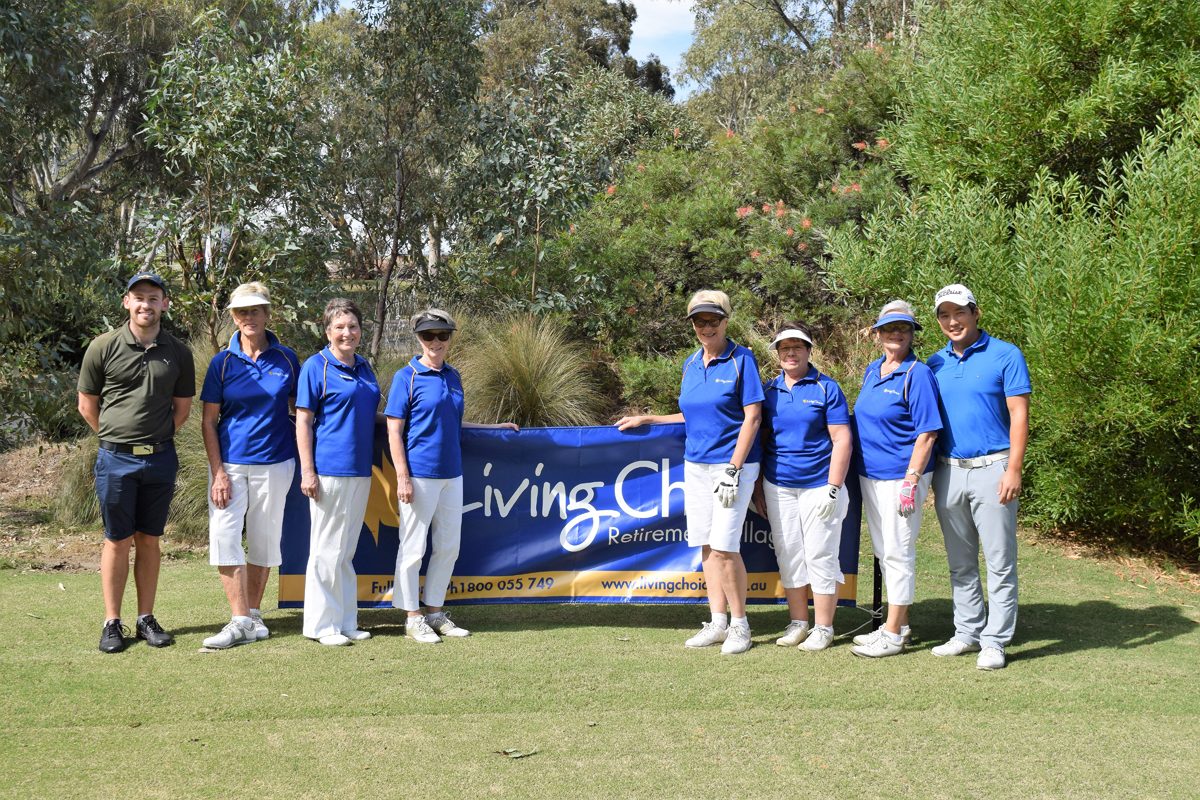 Over the past 35 years, the Flagstaff Hill Dave Potter Honda Pro Am has earned a reputation for being one of the best Pro Am competitions in the state and this year’s tournament, held on 18th April, certainly lived up to its proud reputation. In 2014 and 2015, the Pro Am was the winner of the SA Golf Industry PGA award for the Best SA Pro Am as voted for by the PGA competitors and this year, Living Choice was a gold sponsor.

While no team members brought home any prizes, Anne said it was great day, played in perfect weather. “The course was in excellent condition, the organisation was terrific and the dinner afterwards was most enjoyable. Thank you to Living Choice for sponsoring us.”

Many well-known golfing professionals have been associated with the event over the years, including Nick O'Hern (a two-time winner), Euan Walters and Alistair Presnell. This year’s tournament attracted 29 Professionals and was won by Simon Pope, Head Professional at Links Lady Bay. Simon won by a narrow one-shot margin, recording five birdies and one bogey to finish on 4-under 68. He was followed by 2016 Oates Vic Open winner, Michael Long who posted 3-under 69 to finish runner-up with New South Welshman Dylan Stollery.